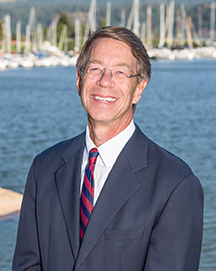 The Oregon Legislature recently passed two pieces of legislation that increase prospects for replacement of the Hood River/White Salmon Interstate Bridge, one of the Port of Hood River’s highest priorities.

House Bill 2750 would allow a new bridge to be built through a partnership between a private business and the Port of Hood River. While Oregon statutes allow the State to participate in public/private partnerships (P3), the same authority did not extend to other public agencies. HB 2750 enables the Port to consider a P3 option if that is determined to be the best plan moving forward. With limited public funding available for major infrastructure projects, this development is significant. It allows the Port to consider innovative options to address the significant challenge of funding bridge replacement. It also conveys other authorities to the Port similar to those granted to ODOT on matters such as tolling, construction contracting, and enforcement. In sum, HB 2750 enables this community to choose a replacement option that best addresses its needs, while removing potential barriers to completion.

House Bill 2017, the widely discussed Transportation Funding Package, will provide $5 million to the Port of Hood River to carry out crucial pre-development steps for potential bridge replacement. These include a full Environmental Impact Statement (EIS), a thorough geotechnical assessment, traffic modeling and detailed financial analyses. These actions increase the certainty of obtaining required permits; decrease construction risk (underlying geology is a significant area of cost exposure); and determine the most appropriate financing methods for bridge replacement. HB 2017 has very positive implications for our state’s overall transportation system. Including funding for the Hood River/White Salmon Bridge in the the state transportation package recognizes it as an integral part of the regional transportation system.

HB 2750 was approved due to the sponsorship and advocacy of Rep. Mark Johnson and Sen. Chuck Thomsen throughout the legislative session. Any piece of legislation is challenging, but these elected officials were able to build bi-partisan support in both chambers. The Port and this community were well served by their efforts.

Although these are very positive steps, replacement of the Hood River/White Salmon Bridge is not assured. Building a large piece of bridge infrastructure in a relatively low population area with decreasing levels of federal funding is a significant challenge. Unfortunately, under any foreseeable scenario, the bridge will likely be a toll facility. Tolls are the only possible source of the significant local match required for federal grant funding, and a P3 would rely almost entirely upon tolls to repay borrowed capital. And, if bridge replacement planning and funding efforts are ultimately unsuccessful, it will be incumbent upon the Port to keep the existing antiquated bridge safe and operational for as long as possible. That will require significant funding — capital repair costs alone are expected to exceed $25 million in the next 15 years. This fall, the Port Commission will consider a staff proposal to raise tolls early in 2018. The proposal will include a $1 increase in cash tolls and a 20 cents increase in BreezeBy tolls.

Although any toll increase is undesirable, Port staff believes it will be necessary to respond to either of two futures: the opportunity to replace the current bridge or the costly reality of maintaining the current structure. The path forward will become more clear in the next several years.