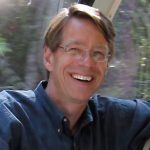 That the Hood River-White Salmon Interstate Bridge is aging, critical for our shared Gorge economy, and must be replaced is a view that is widely held. In recent years, contributions toward bridge replacement have been led by Washington state elected officials and agencies. Now the Port of Hood River is advancing replacement efforts. There is increasing optimism that a new bridge is possible in the next ten years. Communities in the Gorge need to be both informed and collaborative to maximize the chances for success. Following is an update on recent actions, next steps, and ways to get involved:

The 2017 Oregon Legislature allocated $5 million to the Port to carry out environmental studies and to obtain regulatory approvals for a new bridge. Southwest Washington Regional Transportation Council has been hired to manage the selection process for an engineering firm to carry out this extensive, multi-year permitting process, likely to cost over $2.5 million. The selected firm will begin work in July.

Kevin Greenwood, a highly experienced public administrator, was hired in January to oversee the project. He will manage contracts, public outreach steps, and administrative tasks in the years ahead. These will include firms with specialized expertise in project financing and delivery methods.

The 2017 Oregon legislature also passed a bill that specifically allows Public Private Partnerships (“P3”) to be considered for bridge replacement. A P3 would allow a private party to build a new bridge in return for long-term control of toll revenue. One of many options, a P3 may not be appropriate here but must be considered. A P3 work session was held in January to help inform local officials. As required by the Oregon Legislature, the Port is developing rules for how P3 proposals would be evaluated. These will be adopted by May.

A Bridge Replacement Advisory Group (BRAG) composed of elected officials from both states is now being organized to monitor project efforts, provide ongoing feedback, and act as a conduit for public information and dialogue. Their monthly meetings will begin in May and last for the duration of the project. All BRAG meetings will be open to the public.

Future Port decisions – including bridge ownership, toll setting authority, and financing responsibilities – will have a profound impact on our region for decades. The Port Commission meets twice each month. Progress reports on replacement efforts are presented at each meeting and public testimony is welcome.

A new webpage and blog for updates and archiving of policy documents is available on the Port’s website at: portofhoodriver.com/bridge/. Port staff are also available to answer questions, meet with community groups, and explain this complex project to anyone who is interested. Kevin Greenwood can be reached at kgreenwood@portofhoodriver.com or (541) 436-0797.