Industrial lots could be ready to sell by summer

The Lower Mill site restoration is in its final stages. In preparation for utilities to be installed, the land is being compacted and wet areas filled in. The project has been very successful in cleaning up the Brownfield site, especially the old “log pond,” which was the area of most concern.

The wood waste has all been removed and the resulting hole is almost all the way filled. The compacting of the new dirt in the hole has caused some water to bubble up from the wood pond and a pipe has been installed to pump out this water. According to Port Property and Development Manager, Anne Medenbach, JAL Construction Inc. has done an excellent job assessing these different situations and working with the Port on the restoration.

Medenbach described the next step in the development of the land that will begin around June. She will be working closely with engineers to create the lay-out plan for the buildings, electrical, and plumbing components that will be added to the property. That lay-out plan will then be put “out to bid” for contractors around the state to propose pricing, timing, and execution plan. Medenbach has been overseeing this project since the beginning, when negotiations for the land purchase from Hanel Development Corp. started in 2014.

The total volume of dirt taken from the “log pond” is approximately 20,000 cubic yards. A truck can carry about 15 to 18 yards of dirt, making it not cost effective to transport the dirt to a different area. This dirt is approved for fill use and some gardening. The dirt is located in the back corner of the lot and it is free of charge to pick up.

Come get some dirt! 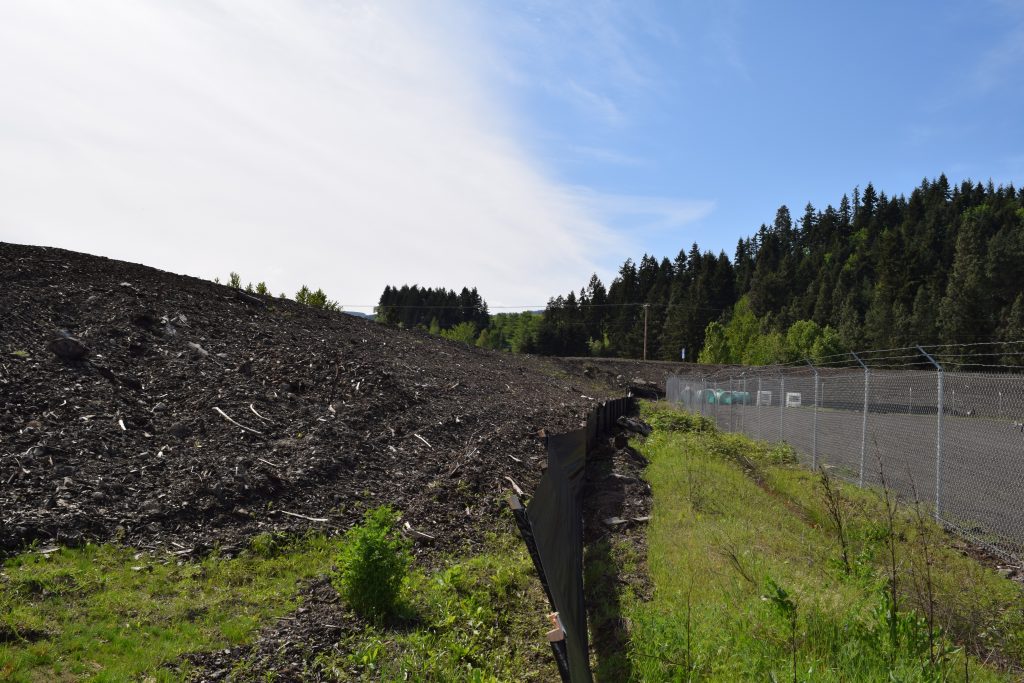